Life is full of situations that are beyond my control, but my reproductive system should not be one of them.

Last Sunday my cervix was not happy with me. Perhaps that is a bit of an understatement. It was throwing a temper tantrum because of what I did to it about 48 hours prior. That’s when I officially became a member of Team IUD — Team Paraguard (Copper IUD) to be exact.

Chances are you stumbled across this blog as you Googled “what is it like getting an IUD” or “does getting an IUD hurt.” At least thats what I did in the weeks leading up before joining Team IUD.

As far as the IUD insertion experience, I’m not going to lie, by no means was this a walk in the park. There were multiple times during the half hour appointment that my wonderful gynecologist offered to stop the procedure because of my pitiful whimpers.

Knowing that this uncomfortableness was exacerbated because of my low tolerance of pain, and that I would never turn to get the procedure done if we stopped now, onward we continued.

Luckily, I had the hindsight to request Xanax to relax me before the appointment, which made all of the difference in my opinion.

After having to switch out the size of the specula, which was the most painful part, the rest of the procedure was similar to experiencing intense menstrual cramps. Soon enough, I was the proud owner of a copper IUD and commended for my endurance of sticking through the procedure. Apparently I handled it better than most women who have had multiple kids.

The lingering effects for me were similar to extremely uncomfortable menstrual cramping of a particularity brutal cycle, but there is no bleeding. All of the horror stories that I stumbled upon through numerous Google searches were not true in my case. However, the best piece of preparation I came across was from Alison Turkos, who epically live-tweeted her IUD insertion.

Opting to get my copper IUD inserted was not overnight decision, nor was it one that was made after a single routine gynecology appointment. For the past two years, I’ve been researching birth control options that fit my needs. Being hormone-free was important to me, because there are enough chemicals coursing through my veins that help me successfully keep my anxiety and depression in check. Additionally, since my mother has had several strokes over the past decade — anything I can do to decrease my risks of blood clots are crucial. 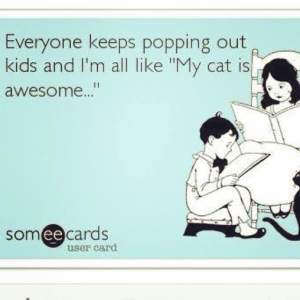 The fundamental piece that sold me on choosing Paraguard was the success rate of thwarting pregnancy. According to Paraguard’s website, a copper IUD prevents pregnancy 99 percent of the time. Personally, this was the peace of mind necessary for me to actually release my inhibitions completely to enjoy sex (with the protection of a condom to prevent STDs, because I am aware that an IUD does not prevent STDs).

My situation currently differs from most of women who have been opting into this contraception. Currently I’m single and am not intimate with anyone at the moment. But each time previously, straight up fear took over and detracted from the entire experience. Debilitating, irrational and unhealthy fear of pregnancy.

Yes, despite the words of wisdom from Mean Girls, I know that sex will not always result in pregnancy. I’ve been educated about the types of contraception, their failure rates, and how to properly use them. In fact, I was on the Pill (YAZ) off and on in high school and college mainly to control my acne.

But over the years. I’ve been a witness to numerous contraception-gone-bad scenarios. In some instances, the contraception devices weren’t used right, other times interactions with vitamins/medications canceled out the baby-stopping, and in some cases, it just upright failed. Each situation was handled differently, but the panic, fear and emotional trauma was prevalent each time. I’ve stood witness supporting friends regardless of their decision — from holding babies, holding hands at abortion clinics, and holding my breath while waiting for results of pregnancy tests on pee sticks thankful that I was not facing that decision.

At this point in my life, I am no where near financially or emotionally prepared to care for a child. Some weeks its a struggle to pay all my bills on time and not live on Ramen, even with a full time job that pays well. There are countless of women who are my age and younger that are thriving at motherhood — kudos to them.

Another thing is that I’m not afraid to admit that my career and ambitions as a writer are the two number priorities at the moment. For the past six years, I’ve poured every ounce of my soul into growing into my craft as a writer, which has also led to my passion of content marketing. Since graduating college, the solid foundation I’ve been building is starting to reap benefits.

There is still so much more for to reach for in the upcoming years. The thought of my contraception failing and derailing the track I’ve been on to achieve my goals is devastating. Maybe that makes me selfish, or that I am not prioritizing the right things in life. But that is the beauty of being a young, American woman in the 21st century with access to a variety of contraception options — it’s my choice.

Yes, this may sounds like a cliché of a Girl‘s episode, but I am waist deep in self exploration. As I grow into myself as an adult woman, I am finding myself taking new stances on topics that once seemed so cut and dry.

Growing up, I had always believed that being a mother was the number one thing that I wanted in life. However, in the past few years, there are moments that I reexamine if I even want to be a mother in the future, although I adore children am the first one offer to babysit my friends’s children. My 5-year-old niece is the light of my life and has brought my so much happiness, but I know our relationship is nothing like one of a mother-child.

With the copper IUD, I now have even more control of my future. Now I can begin to actually enjoy intimacy without the lingering fear that my future will be possibly derailed. This allows me to explore my sexuality and myself simultaneously. The copper IUD lasts a decade, which means I will have just turned 36 when it looses its baby-stopping abilities. My gynecologist said that the IUD can be removed at anytime if I do decided to have children before then. Who knows — maybe this time in two years I will be married with a baby on a way. But for now there will be no second guessing, no what ifs. Life is full of situations that are beyond my control, but my reproductive system should not be one of them.

One thought on “Joining Team IUD”