For me, 2015 can be described as wordy – literally! Over the past 365 days, I have had 33 essays published across multiple outlets- 20 syndicated and 13 original. Having the opportunity to allow my work to be introduced to new readers has been the best thing to happen this year.

END_OF_DOCUMENT_TOKEN_TO_BE_REPLACED 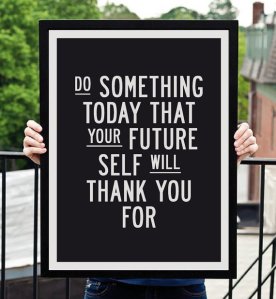 Almost exactly a year ago, I had decided to embark in an ambitious endeavor of completing 365 things 365 days. At the time, it was a creative way for me to continue to try new things while regaining a new life balance, something that was lacking in 2014. The original list was full of mini road trips, photography projects, wish list items and many, many, many random to-dos

Forgive me if this sounds cliche, but there is no other phrase that can describe why all of the items on the list did not get completed. The unexpected happened in my life early in the year, placing me on a winding path for the rest of the year. Instead of focusing on this list that was sure to bring me enlightenment, circumstances caused me to rise to the occasion at work, where I had barely been for four months. An unintended Master’s class was upon me, expanding my industry knowledge and skills sets in a baptism by fire way. Somehow I blinked, and 2015 is in the final stages. In total, 95 items have been completed on the original 365 list. Yet there is no doubt that over the past year, the amount of new experiences, purchases, projects and skills developed total that target number of 365. 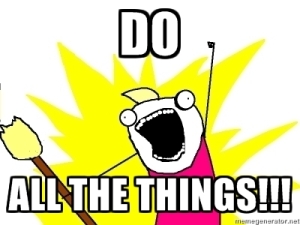 While all of the items are not included on here, each one has impacted who I am. From discovering my uncanny ability to multitask high priority tasks, to exploring my strengths as a professional, the direction of my future is clearer now than I had anticipated it would be this time last year. In respects to my writing, in 2015 I have had 33 essays published including 20 syndicated pieces and 13 original. My mind is still reeling about that reality. The gratitude I have in my heart for the opportunity to share my stories to help others feel less alone cannot even begin to be explained. Personally, the items that were completed (both planned and spontaneous) served as additional crumbs of insight leading me the path of learning more about myself. Self acceptance and inner peace is still a daily struggle, but maintaining an undistorted viewpoint has become more manageable.

To check out my favorite moments of 2015, including a photo gallery, click here!

To check out a photo gallery of my favorite photographs that I’ve snapped in 2015, click here!

Below are the list of the 90 items checked off the list, as well as a few of the additions: END_OF_DOCUMENT_TOKEN_TO_BE_REPLACED

Listening to all the Christmas songs that were impossible to escape on the radio this past month, I realized something for the first time in my 26 years: about 95 percent of holiday songs focus on home. “Baby please come home,” “I’ll be home for Christmas,” “There’s no place like home for the holidays,” yada, yada yada. But what happens when there’s no longer a home to return to? How do you deal with that, during a holiday that is supposed to serve as a magnet for families to reunite?

The rented roof over my head is a sanctuary for me and my ginger tabby cat, Annie (who was a Christmas present from a friend two years ago). And about 30 minutes away from my rental, the brick twin-home where I spent my entire childhood still stands. My parents still live in it. But over the past two years, the walls and people inside them have continually become more foreign to me.

Physical and mental illness have turned the mother I grew up with into someone more unpredictable than a roulette wheel. When I return for a visit, acid reflux, rather than a sense of familiarity and peace, tends to be the main feeling I experience. However, it’s more painful to see the ways that the unhappiness and unhealthiness have taken a toll on my father, who never gets an opportunity to jump off my mother’s roller coaster.

For years, I felt that as their only child, it was my responsibility to drag my parents, kicking and screaming, towards happiness. But two years ago, after hitting my own breaking point, I made the conscious decision to stop trying. Doing this required setting new, healthier boundaries that pushed me to figure out new ways to approach many different situations and relationships — including the holiday season.

Last year marked the first holiday season in 25 years that I spent without my parents. Though the logical part of me knew that I was better off spending Christmas away from two people who were completely miserable, the emotional side felt my heart strings tighten with every mention of family during the month of December. Truthfully, the entire ordeal felt as if I was wearing a new sweater that wasn’t yet worn in.

END_OF_DOCUMENT_TOKEN_TO_BE_REPLACED 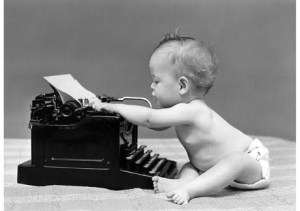 Over the past year or so I’ve grown as a writer. I’m learning that part of that means that at times tears will be running down my face as my fingers bang out the words that are pouring out of me. Other times, it leaves me unpopular with others as I refrain from wrapping each essay with a cookie cutter ending.

For years I’ve searched for articles and essays that ring true to my heart. And there have been times where I stumble across pieces of writing that make me feel less alone. That is what drives me to be a writer. My latest piece on Bustle took months working on with the amazing editor Rachel Krantz, but she pushed me to turn in into one of the proudest pieces I have ever written. Feel free to check it out!

Originally Published on Bustle in 2/2015

When you think of the phrase “eating disorder,” who do you picture? Young girls with visible ribs poking out of their barely-there pubescent bodies? Teenagers with their heads dangling in a toilet bowl?

Most likely, you don’t picture someone who looks like me. From a young age, I was praised for being a “good eater,” meaning I was open to all different types of foods, and my weight was always “healthy”.

Eating was a popular pastime in my family growing up, but cooking was left out of the equation. My mother’s goal each night was to serve a meal without using the oven, because she thought it made the house too hot. We ate packaged food covered in butter or cheese. Our proteins consisted of any meat my father could put on the grill, which oscillated between cheeseburgers, hot dogs, and pork loin.

At some point during my childhood, food became the reward. When my parents would have a major fight, or when my mom was sick in the hospital, my dad would bring me to a fast food place to eat. Over a Taco Bell Mexican pizza, he would promise me that things would get better, and that we would be a happy family one day. For a brief moment over that cheesy meal, I felt safe.

My mom had her first heart attack when I was twelve years old, and required an emergency quadruple bypass at age 43. That was the catalyst for other health issues, including several strokes, severe depression, and anxiety. It was a rare moment when my parents weren’t fighting over her health, the inability to pay bills, or even how I was being raised.

My self-image, like most young girls, became skewed around the fifth grade. Not only did I want to look like the models on my WB shows or in my CosmoGirl magazine —  I wanted to look good enough for my family to be happy. During fall semester of my junior year, I began restricting myself to eating only kidney beans. My college roommates would beg me to eat something else. When I called home to lament to my mother about their negative overreactions, she only fueled the fire. “They’re just bitter you’re losing weight. Keep it up,” she reassured me over the phone.

My mother’s weight yo-yo’ed throughout my childhood, and my father would belittle her for not being the size 8 she had once been. At night, I would sit at the kitchen table, watching her pop diet pills; each month, she’d try try a different brand that promised even better results. Sometimes, she would skip meals, but then, late at night, I would come down to find her binge-eating a container of cookies.

My mother never talked about exercise or eating in moderation. She never once considered signing up for a gym, or even walking around our neighborhood. After she became chronically ill when I was entering my teen years, she pushed her own looks to the side — and began to zone in on my appearance instead.

“We need to get you thinner, without that horrible stomach,” she’d say to me as a 17-year old. “You’re just not that kind of thin girl like [insert skinny friend’s name],” she’d point out.

For years, every time I left the house, I would ask her, ”Do I look pretty, do I look skinny?”

END_OF_DOCUMENT_TOKEN_TO_BE_REPLACED

My best friend and I are constantly playing phone tag. But there’s one person who promises to have my undivided attention once a week, no matter what: Dr. R; my therapist. For the past two and a half years, we have spent 55 minutes every Tuesday evening together, and for that, I’m grateful.

My adventures in therapy began during my sophomore year in college, when I walked into my campus’s mental health center after a close friend suffered a mental breakdown. We were so alike that I knew that if I didn’t do something, my fate would be similar. Now, five years later, I consider that decision the best choice I’ve ever made.

Just as many of us indulge in weekly nail salon trips to keep up our appearance, therapy sessions are essential to my emotional upkeep. But once I started being open with family, friends, and even acquaintances about going to therapy, I started to realize there are more than a few misconceptions out there about it.

Here are some of the dumbest things I’ve heard people say to me about therapy, and the actual truths about whatreally happens behind the white noise machine.