In honor of the 2 year transplant anniversary of my buddy Weston Keeton, here are the links of articles and videos that I have been fortunate enough to cover since 2012. When I first met Julie Keeton in 2012, little did I know that a life long friendship would take place. He loved playing with my cameras, touching the buttons on the microphone and watching himself back on the screen

Thank you for everyone that has followed Weston’s story over the years. Although he is now an angel, I will to cover his legacy that continues to impact the lives of so many.

A Legacy of Life: Miracle on 34th Street Remembered

102 Firefighters are Fed for Feed the Fire

The Miracle on 34th Street- One Year Later

The Real Miracle on 34th Street

The Moving Story of the Real-Life Miracle on 34th Street

Faces of the Family House- The Keeton Family

Dedicating a Day of Thanks

I never thought a year ago I would be writing a press release and helping my friend Julie organize an event to honor the one year passing of her son, Weston. But on Monday, March 23, it will be exactly a year since I received a text message that my buddy Weston gained his wings. A year later, Weston is missed more than ever but the Keeton family continues to keep his spirit alive by paying it forward.

Many parents cannot even fathom what the Keeton family has gone through. Yet Julie and Adam Keeton are showing that it is okay to honor the ‘angel-versery’ of their son. Since Weston adored firefighters, the Keeton family planned a special event called ‘Feed the Fire’. They have asked supporters from across the country to adopt their local fire house, by donating meals, supplies and snacks. Over 62 fire houses will be ‘adopted’ on Monday, March 23.

Myself and my friend Jen will be adopting Manoa Fire Company in Havertown,PA.  You can click here to read the press release.

98.1 WOGL interviewed Julie and I for this awesome piece promoting the event. You can click here to read it.

Julie was also interviewed on WJHL last week. You can click here to watch the clip.

To learn more about Weston and Feed the Fire, visit www.westonswarriors.com.

Stay tuned for a recap of the event!

I’m thrilled to have my first essay published on Skirt Collective!  Per their website ‘Skirt Collective aims to be the modern woman’s compass for navigating culture, fashion, and the real world. Nestled between street smarts and book smarts, SC connects readers with practical information and opinions from a diverse array of voices in an honest, virtual space.’

You can read my latest article on their website.

There are some people in your life that you just click with instantly. By the tone of their voice, the vibe of their personality and the light in their eyes, people let us know how receptive they are of us. Sure, first impressions can be misleading at times, but over the last 25 years I’ve learned that initial gut feelings about people are usually on point.

One person who struck me like that was Diana Castaldini. As a self-conscience but ambitious 18-year-old freshmen at St. John’s University, I walked into the college newspaper the first week of school and began writing editorial pieces in 2007. By the spring semester, I had several published articles and was a regular at staff meetings. One afternoon, the editorial editor had no articles left but I overheard another editor lamenting that she had no one to take an assignment for the Features section. Unsure if I could handle it but curious enough to try, I volunteered to take a stab at it.

That ended up starting my stint as the Features Editorial Assistant under Diana, who was a junior at the time and the Features editor. From the first time I met her, she instantly put me at ease with her bubbly personality. Each week, we worked together to get the weekly paper out. In a cramped cubicle, I received a crash course on creating story lists, managing writings, editing, print layout, and operating on little sleep after production night. 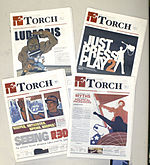 Most importantly, I listened to Diana talk about her internship at Good Housekeeping. It was the first time I had heard of interning, and my eyes were opened to the possibility that my dreams of working in the magazine industry could happened while I was a student. Being exposed to that part of education by an upper class man so early in my college career was a huge turning point in my career planning. Without that experience, I doubt I would have had the internship experience that I did.

At the time, I was still battling homesickness and being part of the Torch newspaper staff was the factor of me finding feeling at home at St. John’s University. By the end of my freshmen year, I became the features editor, which was a position I held until my senior year. Seven years later, I still look to Diana for advice and often consult her about writing ideas. She was my first mentor in my career and still is one!

Diana is a New York City native and a beautiful writer. Over the past few she years, she has experienced near-death health experiences that would make most of us crumble. But not Diana. Through her illness, she was reborn with a new purpose of life. From discovering different forms of exercises, alternative holistic healing and healthier eating- her recovery has transformed her into a passionate health care advocate.

Recently, she lost her beloved grandmother but had the bravery to share the breathtaking experience of coming face to face with a loved one facing mortality. Anyone who has lost a loved one, especially a grandmother will be moved by her honest essay. You can read her essay on her blog, Thinking Less After Brain Surgery. 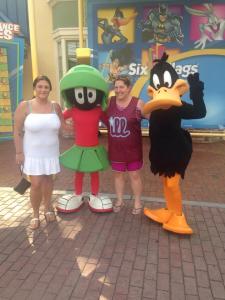 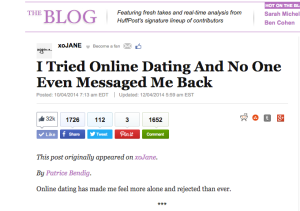 END_OF_DOCUMENT_TOKEN_TO_BE_REPLACED

I take a lot of photos. And I mean thousands, each year. Before getting a point and shoot in 2004, I always had a disposable camera around. Now with cell phones, and my DSLR, my photo obsession as grown even more. Here are a few of my favorite personal shots from 2014. Even though it was a tough year, there were many memorable moments!

2014 can be labeled as ‘the year of…’ many things. The year I turned 25.The year I spent recovering from a super-shitty depressive episode . The year I successfully ate a clean diet for 40 days, and ran my first 5K. The year I wrote about my online dating failures and had several articles go viral . The year my best friend’s son suddenly died. But most importantly 2014 will be the year I got a kitten. The year of the highly intelligent cat. Technically I was given to her for Christmas 2013, but didn’t bring her home on December 28, which is practically 2014.

That day as I drove through the streets of North Philly with a plastic cat carrier with the tags still on it, anyone who passed by me would think that I was insane. “We’re almost to place Cat, just stop making noises” I screamed trying to match the volume of the ear-piecing wails my new pet was making. Within a span of 72 hours, I had agreed to accept the Christmas present from a friend, a 4-month old marmalade colored kitten that a friend of a friend had found wandering around his apartment building. “This is the thing you need. It will provide such comfort,” my well meaning friend when she introduced me to my very much alive and active gift. As the cat and I eyed each other up for the first time, we were both skeptical of each other.

When we finally got to my apartment, I let her out to get a lay of the new land. She scurried to the drawer underneath my bed, where Cat stayed for several days. (Yes, originally the cat’s name was Cat because she looked identical to the one in Breakfast at Tiffanys. Eventually I named her Annie because she was an orphan , and Cat became to annoying to explain to non Audrey Hepburn fans.)

Great. The cat that is supposed to make me feel less alone wants nothing to do with me. Initially I was certain becoming a cat owner was a mistake, and had begun looking for places to drop her off. I was such a hot mess myself, and this cat doesn’t even like me. END_OF_DOCUMENT_TOKEN_TO_BE_REPLACED