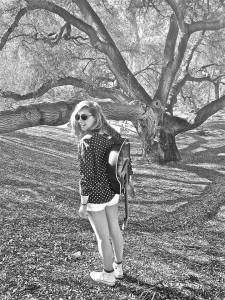 There are some moments growing up that are ingrained because of the shocking nature of the incidents. One particular one that happened personally was in the fifth grade, when the boy next to me said that he didn’t listen to music. Out of disbelief, I pressured him to name a favorite song or band. As someone who grew up with a father who lived and breathed music, this was unexplainable. I haven’t seen that music-hating kid for over 13 years, yet the possibly of someone not having a soundtrack to their lives is troubling.

Part of my latest soundtrack for this current season of life (26 years old and 3 months to be exact), is the beats from upcoming singer Keely Sibilia. The Philadelphia transplant has a sound that aligns her to artists such as Ingrid Michelson and Sara Bareilles with her song Cardigan Lady. But her ability to also add an Amy Lee circa Evanescence to Sonnder’s latest hit ‘I Need‘ gives her versatility not seen often.

Check out her Facebook page to listen to more of her music!