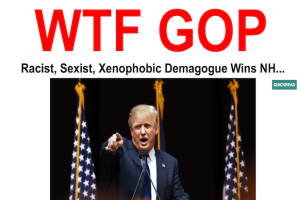 The world has become super depressing in recent months.

Not that this breaking news for anyone who happens to be plugged into any type of media these days.

Every few weeks the profile photos of my Facebook friends change to pay tribute to the latest victims of devastation. Outcries for justice, law reform and just civilized humanity continues to trickle into all walks of life.

As I’ve shared before, acts of terrorism and public shooting sprees have always been part of my life as I am the generation  that was in preschool during the Oklahoma  City bombing, elementary school during Columbine High and junior high during 9/11. But as a 27 year old living in a major US city, recent weeks watching the evening news as left me nauseous. 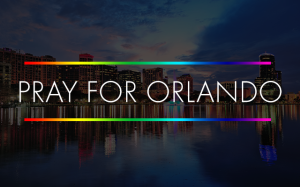 A man (if you can call him that) has become a presidential nominee because of support behind his asinine ideal of building a freaking wall to shut refugees out of our country, in addition to calling for a registry of an entire population based on religion. Apparently he and those who support him are totally oblivious of what happened during World War II.

Innocent young men are being tasered, beaten, assaulted and shot to death by those who are supposed to be charged with protecting our freedom through ensuring safety because of the color of their skin.

Police officers who drastically differ from their disgraceful rouge colleagues now face increased fear for their lives while enduring open hatred aimed towards them, serving as the scapegoat for the sins of dirty cops.  Memorials around blood stained sidewalks are the new norm serving as a reminder of the fate of so many who made the decision to leave their house at the same time a mentally unstable, terrorist acted on plans of destruction. 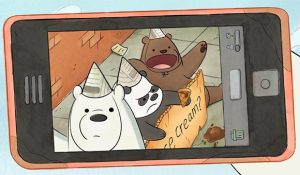 With the heaviness of the news being almost panic-attack inducing, I decided to take a break from the evening news. And what better way to break from reality for a brief moment is to watch the complete opposite? This past week while eating dinner, my television has kept me entertaining with the hijinks of We Bare Bears.

Incase you don’t have any kids or haven’t made a recent break from reality, the 30 minute cartoon on Cartoon Network is about three adopted brothers who are fond of the internet, eating and scheming. 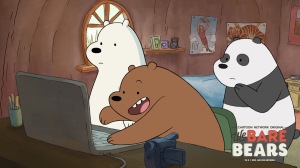 As much as the word lol is written in my daily text messaging, nothing has made me actually laugh out loud like watching this show- so much so Annie Cat was quite startled (we need to work on her sense of humor).

In case you’re wondering, my favorite character is Ice Bear because of my soft spot for polar bears (stemming from the Coca Cola Christmas Bears), and how he refers to himself in third person. Also, he sleeps in the refrigerator and for most of my childhood I tried to come up with a workable way to figure out how to sleep in one without suffocating. Spoiler alert- the puzzle was never solved. 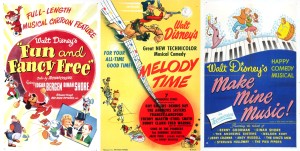 During the 30s and 40s movies, especially cartoons, were massively popular because of their cheap ability to allow people to escape war and poverty plaguing the world. And while the movie theater has become a site of mass murders, the concept of becoming lost in a clear-cut world for a bit of time still remains therapeutic almost a century later.

As an active adult who is plugged into to social media and the real world, a full escape from reality would never happen. Besides, in order to be part of the solution there cannot be retreating and avoidance. However for a brief hour each day while decompressing after work and everyday human-being stressors of the 21st century, We Bare Bears is unexpected soul food.